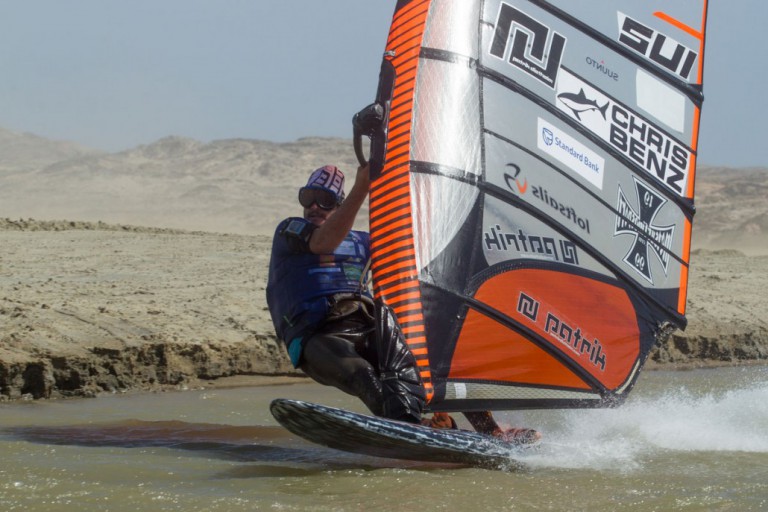 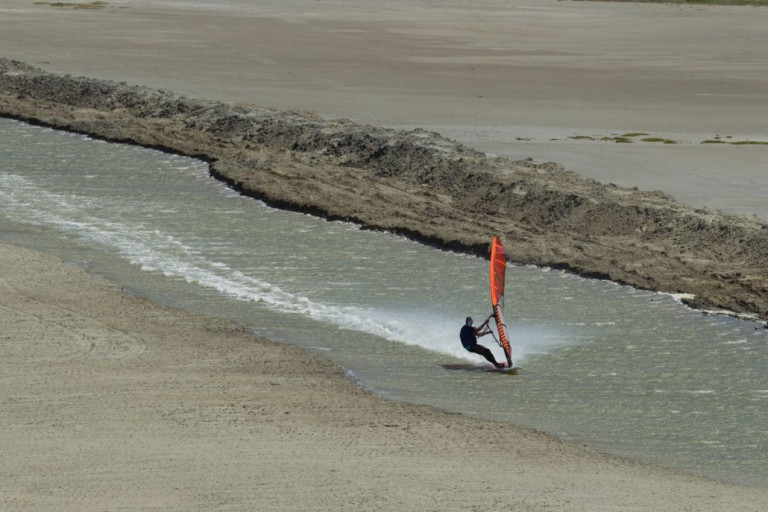 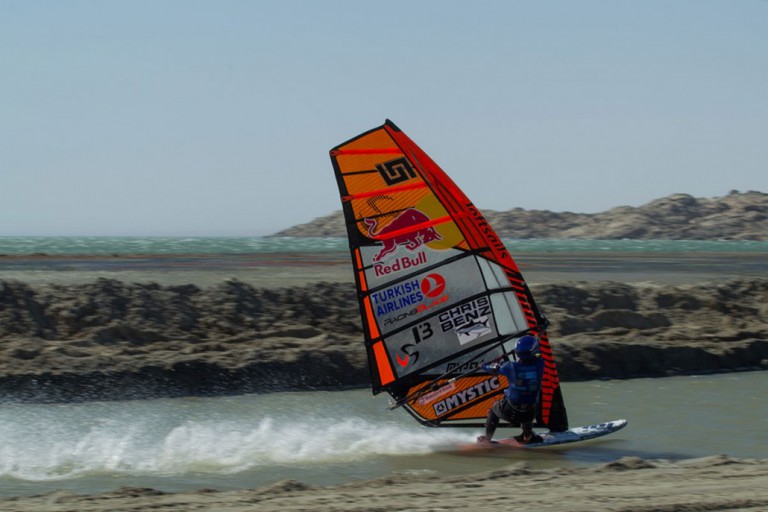 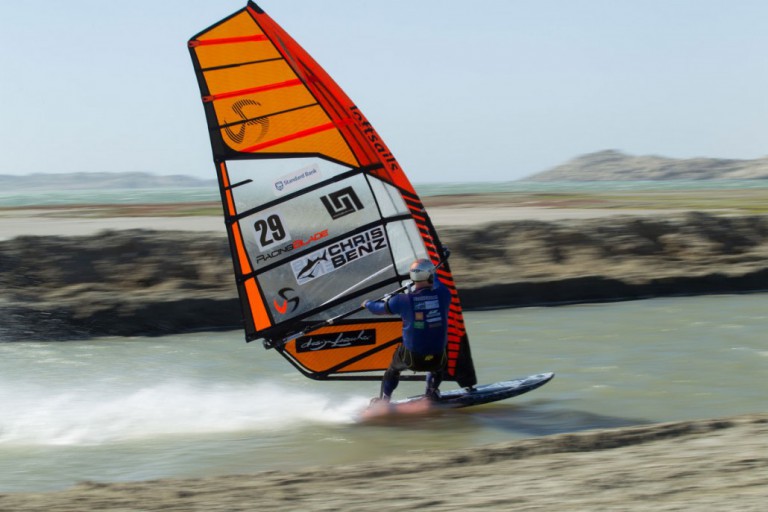 Speed Patrik Diethelm Windsurf Boards. If you also want to have a historical moment in your windsurf memory don’t wait – get one of our speed boards and make your way to the today known fastest windsurf venue on earth.

In the past couple years Speed had a big impact in windsurf history. With the Luderitz canal in Namibia the overall speed times just rised by about 5 knots. At the last record attempt Patrik scored the best result of the event with a time of 51.18 Knots. Even he didn’t break the world record his most surprising result was when he sailed 48.77 knots in marginal wind conditions of 25-30 knots windspeed with a 6.3 sail size.

Patrik: “Just for a test purpose I borowed a 6.3 from an other rider and almost wasnt able to start in this light wind. After getting on the board I was already happy making the first corner and thought I might need to pump to make it to the end.

The run was rather boring and I was happy to have made troughout the run without stopping. After checking out the speed time I first thought it was a mistake but the time was checked several times and there is no mistake. Ever since I have bright ideas how to design faster equipment and I will not rest and be again a part of the next Luderitz Challenge”
Join Patrik on his next trip to Luderitz and benefit from his experience of the location and equipment to set your best speed times ever.

SHAPE DETAILS
Scoop Rocker Line
As low a nose as possible to maintain the flattest curve, which reduces friction to an absolute minimum.

Outline
Narrow in the tail to minimise the wetted surface area for maximum speeds and a forward wide point. For early planing and control. Not too short in length to enable early planing and to allow the rider to use the smallest board possible.

Bottom Shape
Slight V with double concave and side flats in the nose area and under the mast track. For a smoother ride. Slight flat vee in the tail area for maximum acceleration, speed and control.

Rail Shape
Thin at the nose and at the mid section to reduce weight. Very boxy rails at the front strap prevent water sucking up the rail and allow the rider to stand tall. Thin and low rails at the back foot enable the rider to to stand lower and have the best water release possible.