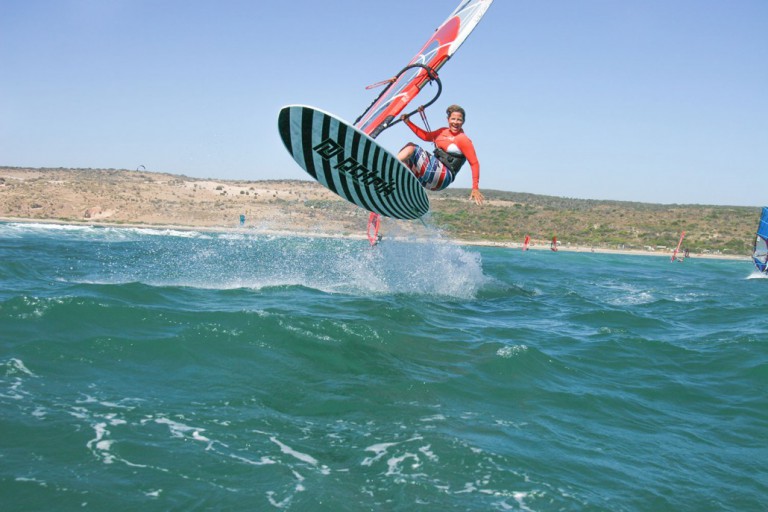 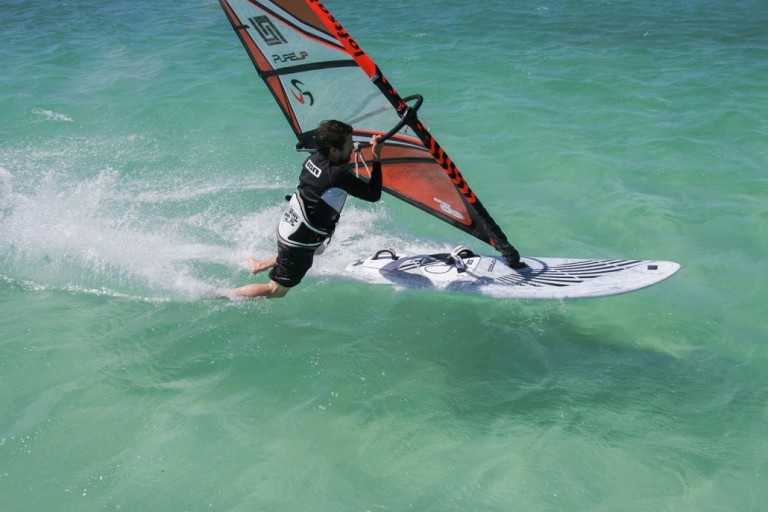 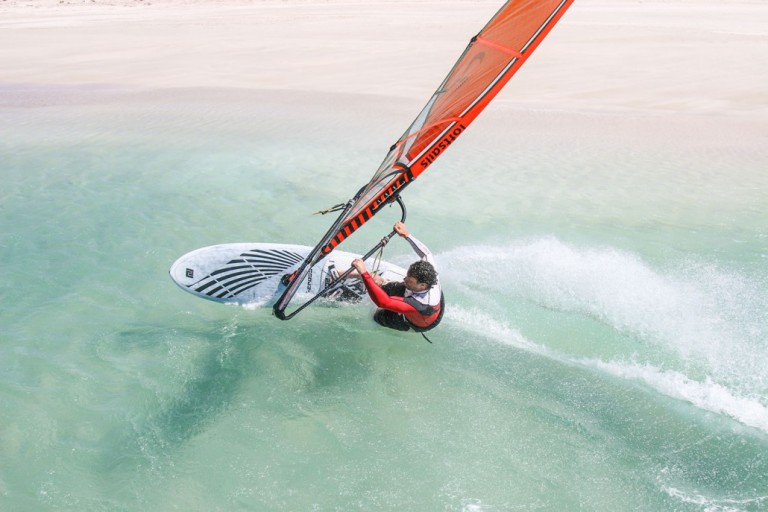 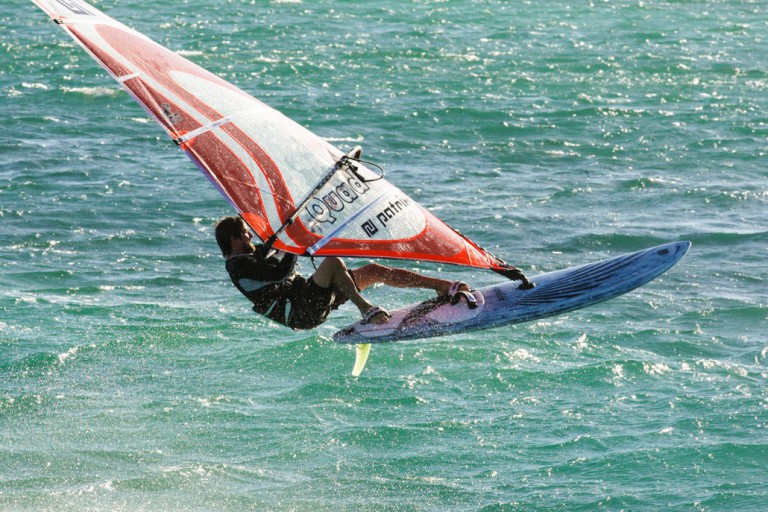 F-Cross Patrik Diethelm Windsurf Boards. Take your time, use it and get a smile on your face.

The name Freestye Wave might have confused some people. But this board simply belongs to the family of crossovers-boards also named freemove- or bump & jump-boards. Anyway, this board has simply a fun riding shape. Which even gives pro-windsurfers a smile on their face when they remember back what windsurfing is all about! It brings up the feeling which we would call fun, soul, excitement, adrenalin. Or whatever word to describe the feeling which makes you happy.

Windsurfing gives you the opportunity to recharge your batteries and re-motivate yourself by getting away from the everyday stresses of life. And do what you really enjoy doing the most. Our new-named crossover shape helps you to achieve this in any conditions. Set it up with three straps for bump & jump, ride a few waves or bust out a few freestyle tricks. Set it up with four straps to gain more leverage over the rail to hit some adrenalin pumping speeds and blast straight past your mates. And if that is not enough, slot in a slalom fin and challenge the fastest slalom boards on the water.

Outline
A harmonic outline with no extreme features – just a nice and clean, well-balanced curve from tail to nose for the most versatile range of use.

Bottom-Shape
V with double concave and side flats in the nose area and under the mastrack to provide a slightly softer and more controllable ride. Flat V in the tail area for easy rail-to-rail maneuverability and top speed.

Deck-Shape
A nice domed deck in the nose and the middle section to harmonize with the rail and hold the volume. Increased dome in the tail for better foot positioning and grip in the straps.